Nicole Gryncwejg 12 months ago No Comments 1 like
Warning: A non-numeric value encountered in /customers/5/3/8/lucify.ch/httpd.www/wp-content/themes/cuckoo/single.php on line 59 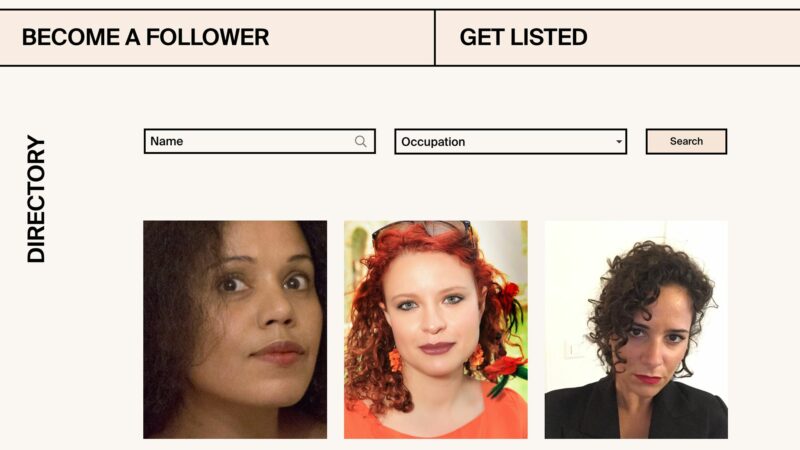 The Swiss Women’s Audiovisual Network (SWAN) presented the first Swiss online directory of women working in the audiovisual industry on January 25th at the Solothurn Film Festival. This initiative aims to raise the visibility of women in this field and to connect them with potential recruiters and partners in order to move forward towards gender equality.

“The directory that we are launching today allows any woman who works in any sector of the Swiss audiovisual industry to easily create a profile,” said SWAN co-president Stéphane Mitchell during the Directory Launch Press Conference.

“This directory is for all women working in the Swiss film industry, including not only technicians, but also directors, producers, distributors, everybody, the whole film branch,” said SWAN co-president Gabriel Baur. “We are convinced that this directory will allow anyone who wishes to hire a professional woman in any position in the audiovisual industry to find her easily,” added Mitchell.

The SWAN directory has been in development since 2019 with funding from the Federal Office for Gender Equality and Migros Culture Percentage and with the additional support from the Müller-Möhl-Foundation.

“Since 2016 SWAN core group members were already convinced of the importance of launching a database of women in film in Switzerland. To give them the visibility they lack,“ said Gabriel Baur. She further explained that the SWAN directory was inspired by the database of women in film in Scandinavia “Nordic Women in Film”, introduced in Cannes in 2016 by Anna Serner, CEO of the Swedish Film Institute.

Women in the audiovisual industry are invited to create their own profile in the SWAN directory. Registration is free and can be carried out at: https://www.swanassociation.ch/directory

SWAN is a non-profit association that aims for gender equality and diversity in the Swiss audiovisual industry.