Anna Butan 2 years ago No Comments 1 like
Warning: A non-numeric value encountered in /customers/5/3/8/lucify.ch/httpd.www/wp-content/themes/cuckoo/single.php on line 59 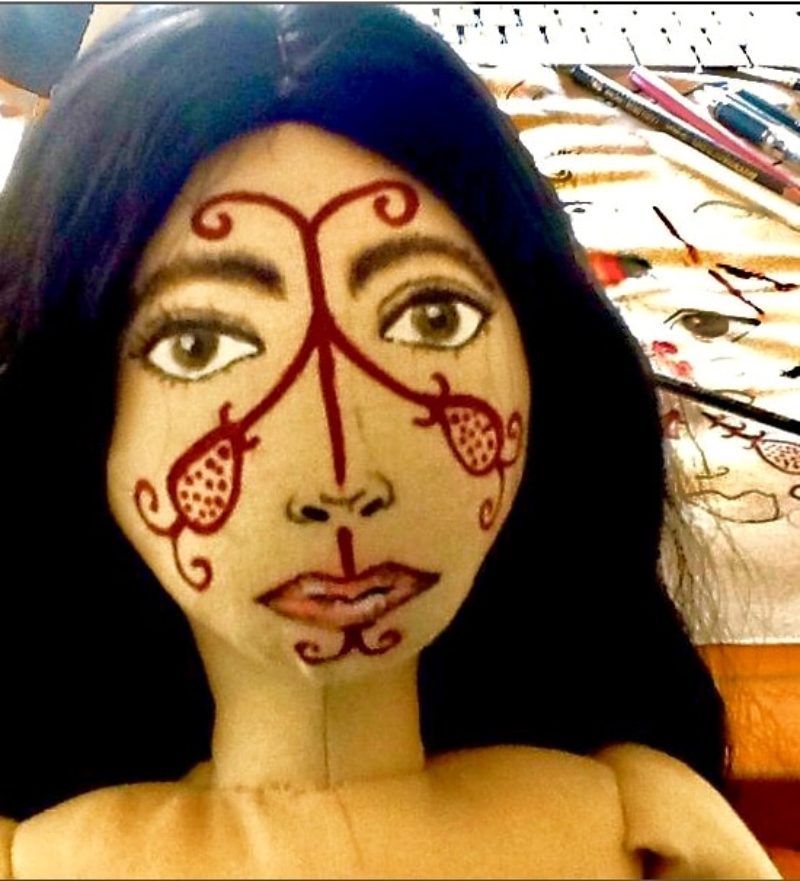 Wayuu dolls are not easily to come across in Switzerland as they are mostly spread in Colombia. You need to know about the whole culture of the ingenious tribe to be able to find and appreciate these dolls. However, there is a very deep link between Wayuu and Switzerland, unfortunately not very pleasant…

Initial Wayuu dolls created by indigenous people were made of special clay, the color of the Earth. These sacred dolls were historically produced by descendants of the Arowaks who appeared by 1500 AD on the north of Colombia and Antilles. Wayuu was their name.

Interestingly enough, Wayuu society is quite innovative and extremely eco-minded. To start with, it is matrilocal, which means that it is not the wife that goes to live with the husband’s relatives after the marriage but vice versa. Whereas in European culture historically nobility always wanted to have a male heir, in Wayuu culture, when a girl is born, a big celebration is held. The first toy that a girl receives is a Wayunkerra doll. It symbolizes a beginning of a wonderful journey: transition to the womanhood.

Another amazing thing is that Wayuu people live in extended families: families co-exist together in units, forming networks of several units to do collective gardening or cooperate for water access. Wayuu always do their best to never leave anything to waste but try to recycle to maximum: for example, cups and other cutlery are often made of fruit shells and skins.

Wayuu is the culture of resistance: first opposing to Spanish, then to Dutch and British conquerors and recently – resistance to the mighty force of… powerful international concerns that monopolized access to the natural resources. Since ever there is a struggle for the land. That is why the Earth is very present in all Wayuu symbols.

Wayunkerra doll that caught my eyes was discovered by me accidentally in the artistic atelier adjacent to our editorial office. It was not made out of clay but sewed. The reminder of the Earth was unusual terracotta-color make up on the face: there were lines that on one hand reminded me of curvy plant stems, on another – looked like a combat disguise of a warrior. It was the facial expression that I would never forget: silent scream of the eyes, expression of a person who went through a lot. What lies behind this silent scream?

Vast part of the Wayuu land lies on the 4.000 sq.km area called La Guajira. It is a very dry area with shortage of water necessary for agriculture and drinking. For example, in the community of Santa Rita Dos there was no rain for five years in a row (2011-2015). As a result, the population of 150.000 indigenous people suffer from poverty, malnutrition and short life expectancy. That is why daily Wayuu existence is defined by struggling. That little water available is unfortunately not accessible to everybody.

The controversy around water access only amplified with the attempts of the government to build a dam El Cercado and provide water for the population during the times of droughts. The construction of the dam was linked with the displacement of some indigeneous communities. It was promised to support nine municipalities with water with the help of the aqueducts but aqueducts were never built.  Again and again sums of money assigned for the construction of the aqueducts were stolen. In fact, the dam actually cut the access to the river Río Ranchería to 6 out of 15 existing La Guajira municipalities who were previously very dependent on it. At the present moment the dam supplies private companies cultivating rice. Hardly a community or an individual can draw water from it.

Wayuu people also blame Cerrejón coal mine for polluting the environment and draining the water from Río Ranchería (fact denied by the governmental officials). What remains of water that is not used by the mine is hardly drinkable: children who play nearby contaminated rivers end up being sick (no governmental study to examine the level of water pollution has been done so far).

The mine was created in 1980s and considered to be Latin America’s biggest open-pit coal-mine (690 sq.km!). Co-owners of the mine are local subsidiaries of the Swiss company “Glencore”, British-Australian “BHP Billiton” and South African-British “Anglo American”. In accordance with the contract with Colombian government, there is a permission to mine until 2034.

In 2017 report submitted by Human Rights Watch NGO to the United Nations, the situation in Colombia was defined as a Humanitarian Crisis. Whereas a mine uses 2.7 mln liters per day, an average person in La Guajira has access to only 0.7 liter of untreated water daily (as per UN Development Program).

The arithmetic is obvious: if previously indigenous communities had to dig maximum of 15 meters to find water, now they have to dig up to 120 meters to have an access (because the mine also drains subterranean water sources); even if they manage to find water, there is no guarantee that this water will be drinkable. To add more statistical facts, between 2007 and 2017, 5.000 Wayuu children in Guajira died of malnutrition and lack of clean water.

Even though“Water and Sanitation Infrastructure and Service Project” (ended in 2018) invested USD 90 mln in 11 years and Cerrejón government claims to spent USD 19.6 mlm to improve water access and support displaced communities, the actual reality of many Wayuu tribes remains a struggle. Many local activists risk their lives in the attempts to do something to improve the quality of life of their communities. Their lives are subject to political violence.

The water in indigenous Colombia costs more than USD40 per week. It costs a human life.

Needless to say, that water for Wayuu people is something much more than simply being able to combat thirst. In fact, one of the major Goddesses in the local culture is Mareiwa, the ruler of water and rains, the pro-creator of the live on Earth. Wayuu is a very eco-feminist culture. The land and the water are feminine. The woman is life. That is why wayuu dolls or wayunkerras are so symbolic.

Though nowadays you can see many different wayuu dolls on sale in the Internet, not all of them are symbols of struggle. Some are sold for tourist purposes and not all are made by authentic wayuu people. Look them into their eyes: if you sense a silent scream, that is the one. The real Wayuu!