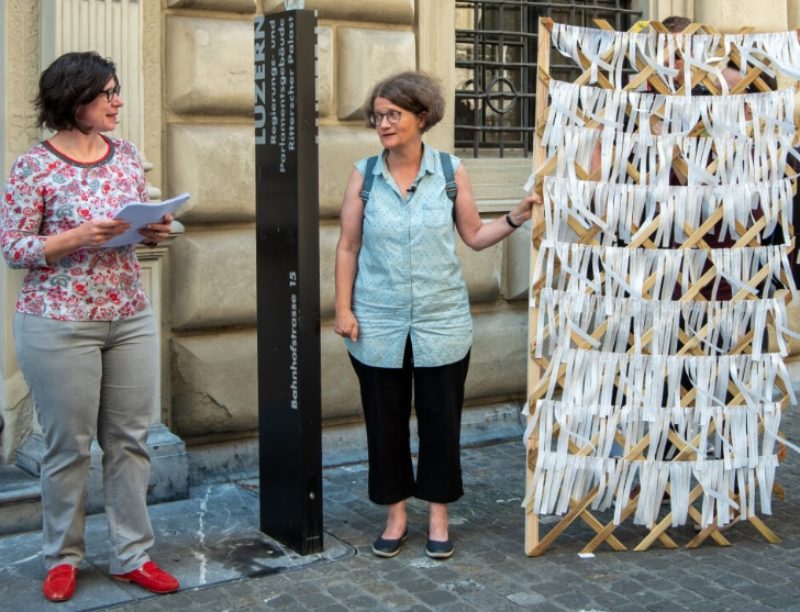 20th June was the International Refugee Day, when all over Europe were taken actions to bring attention to more than 40’000 deaths caused by the refugee crisis and „the fatal policies of Fortress Europe.“ Since 1993 more than 40’000 refugees have lost their lives in their attempt to flee to Europe.

“The causes of death are numerous, and each is more chilling than the last. Most drowned in the Mediterranean. Others were shot at borders, killed by traffickers, committed suicide at the detentions centers out of desperation, depression, and anxiety, or were killed after being deported to the countries of origin. Among them: babies, children, teenagers, pregnant women, women, and men.“

In Conversation with Nicola N. Ammann

On 24./25 June in the St.Peter’s chapel in Lucerne, an action took place, for naming the 40’000 victims of the refugees crisis. “Dozens of organizations and churches from Switzerland, along with SOS MEDITERRANEE, and UNITED for Intercultural Action, are combining efforts to bring attention to more than 40 000 refugee deaths caused by the Fatal Policies of Fortress Europe, and launching the Call by Name campaign. 24 hours, volunteers and part from the organizing team, from the Chatolic Church Lucerne, were reading the names of the refugees who died trying to escape to Europe.

In a conversation with Nicola Nieder Ammann, we’ve found out that the origin of this action is the so called “The List of Deaths”.

“This action goes back to a list, originally created by an NGO in Netherlands “«United Against Refugees Death». This list is being kept up-dated. A collegue of mine from Bern, Andreas Uffer, got in contact with this list accidentally, and was so touched by it, that he actually developed the whole concept about the action Call by Name.”

The call for attention, on the current refugee crisis, is not only for citizens, but for the political figures as well. From 1. June until 30. June were written 2’500 letters, addressing the actual political government in Switzerland. Copy of the same letters were send to the EU as well.

“The goal of these letters is, to represent the interests and the needs of the refugees, as well as to request and active engagement of the government”. (action: Writing Letters)

More about the political claims on the current government, you can hear in the second part of the interview with Nicola. N. Ammann.

Identity of a refugee woman
2 years ago