Parul Chhaparia 2 years ago No Comments 5 likes
Warning: A non-numeric value encountered in /customers/5/3/8/lucify.ch/httpd.www/wp-content/themes/cuckoo/single.php on line 59 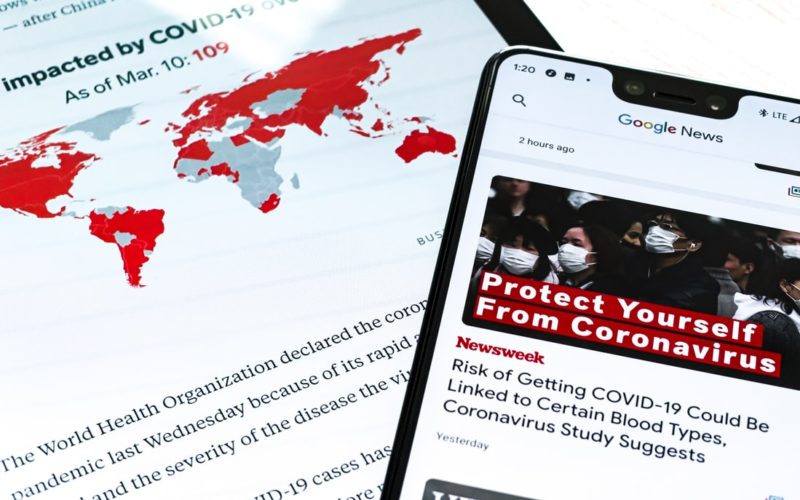 The Coronavirus pandemic is posing severe challenges for world economies. According to a World Economic Forum report, the current forecasts suggest that COVID-19 recession will be the deepest since World Wall II and the output of the emerging market and developing countries will contract in 2020 for the first time in the last sixty years.

The economists and financial analysts expect the actual downturn to depend on many other factors including the response to the virus, economic aids, and the governments’ strategies to tackle the crisis.

In an interview with Parul Chhaparia of Lucify.ch, Financial Analysts at BullishMarks Inc Qusai Aljamous shares his views on the economic impact of Coronavirus in the coming times. Read the edited excerpts below:

How is COVID-19 impacting the world economies?

According to the current situation, it seems a little stable as many countries have decided to go back to work. However, we don’t know what is the real impact on the economies for now. This needs time to materialize. We need another six months to see the exact economic impact. We need some data that is necessary to build on a conclusion.

In the second quarter, there will be more data about GDP. GDP consists of different valuables, mainly spending of the private and government sectors, trade balance and consumer spending. These valuables are very important to know about what happened to each one of them. I believe according to the current data, we are heading to very negative performance from GDP perspective in the US and all around the world.

Are we entering the stabilization stage?

We saw some good initiatives in Europe and China. Despite being the first state hit by the virus, China returned to work. But we do not know how the situation is exactly, especially from the debt perspective. A lot of companies around the world did not work for three months. There are no revenues for these companies. The first thing they thought of doing and did was to terminate employees. We saw millions of employees unemployed.

So stabilization, yes it is. But it does not mean it is the bottom. It is time to realize what happened. Maybe we will have more negativity in data, especially from the perspective of debt and revenues of companies.

I would also like to highlight something important. We usually consider the stock market as a reflection of the economy. Now maybe you see that the US Stock Exchange, New York Stock Exchange and other exchanges around the world, they are going back to break even and are at high levels. There are some companies whose stocks are at much higher levels than they were in January. If you go to the micro indicators and if you go to their revenues, the revenues that were declared are negative despite sometimes ‘being higher than expectations’. This phrase ‘higher than expectation’ is misleading, because there are big losses but it is higher than expectations.

Which are the sectors/industries that would be less impacted by the situation?

This is a macro problem. It started as a health problem and became a financial and economic problem. The whole system is dragged down by this crisis. At this point, listing winning and losing sectors can be misleading. But for example, real state, housing, banking, retail and the automobile will be impacted heavily.

For companies working in new technologies areas like cloud computing,  education, this may also provide opportunities. In the long run, however, there will be pressure on demand for all sectors.

How does the outlook for job sector look?

The outlook looks bleak because we still have unemployment numbers. The number of unemployment and people who would be impacted around the world may cross one billion during the coming two years.

This does not mean that one billion people will be out of the job market, but they will be impacted directly or indirectly. During this year, we will have at least 100 million people unemployed around the world.