Anna Butan 2 years ago No Comments 3 likes
Warning: A non-numeric value encountered in /customers/5/3/8/lucify.ch/httpd.www/wp-content/themes/cuckoo/single.php on line 59 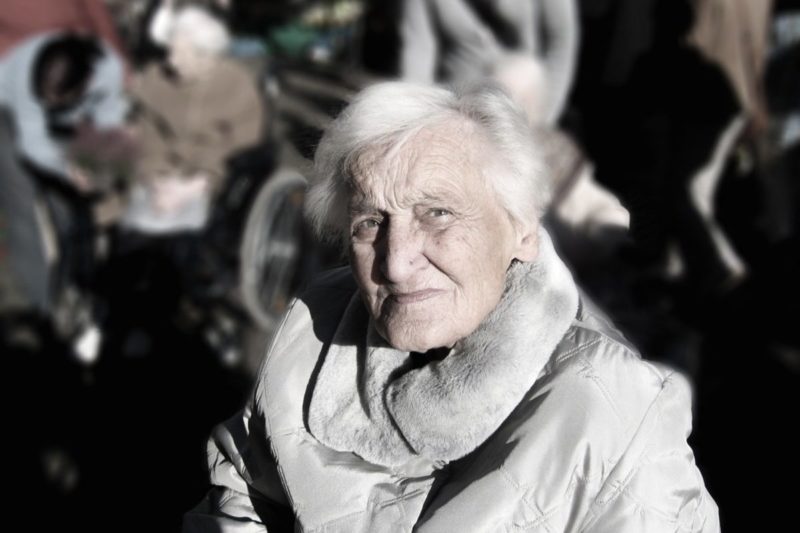 Another day I saw an old lady walking down the street with her rolling walker. She advanced very slowly, trembling from fatigue but her face was joyful, she was smiling to the sun. Perhaps she was happy to get some fresh air or maybe it was her birthday. As she stepped into some animal excrements, little kids playing nearby started to laugh and point at her with their fingers. Their mothers made judgemental faces and started to whisper that she was supposed to stay home. How did she dare to get out? Just afterwards, a cyclist almost bumped into her and screamed some swear words. Nobody told him that he was not supposed to ride his bicycle in a pedestrian zone.

A bit later I saw a construction worker losing his temper at another old lady for being too slow. She was carefully counting her coins before giving them to the vendor at the bakery. The vendor gave understanding look to the man, not to the old lady. How many of the older people experience such an attitude on a daily basis? Why are people so intolerant towards seniors?

Yet, some subtile emotional apartheid towards old ladies exist in our society and unfortunately we do not talk enough about it. It is sometimes hard to notice because it belongs to the routine micro-discrimination of every day. When you live in a Gemeinde  (Germ.) with three retirement homes sooner or later you start noticing things like this… Why does it happen?

Even the language is not on the side of the senior people. “Old” is something outdated, not relevant, not keeping up with the pace of the present. When it comes to the age of an individual, the words “aged” and “old” also have negative undertones.

The process of ageing is not happening same way with everybody. Some people deteriorate physically very quickly, others remain fit and active for quite a while. What is clear: the retirement age is not a countdown point from which a person loses its validity for society. She or he still remains its member.

Literature, media and pop-culture often portray old age as the period of senility, invalidity, dependence and even a burden to the others. However far not all older people really feel this way. Moreover, the seniority is the period of wisdom, the quintessence of the journey of our mind and soul.

We might  slow down and live in the present or decide to dedicate more time and attention to pursuing pleasures that we’ve been refusing ourselves before. We try to focus on what really matters. We start seeing deeper than on the surface and cut off what is irrelevant.

Intolerance towards the older people takes different forms. There are people who feel irritated by seniors being too slow or those who are irritated by older people “roaming around” the whole day instead of “calming down” and behaving “in line with their age”.  But who said that older people should become passive? Just because active ones irritate everybody?

The reason for the irritation lies within ourselves. We are not tolerable towards what we ourselves cannot afford or what we ourselves are ashamed of.  It is not the others that we cannot accept, it is our own projection in the distorted mirror that disturbs us.

Intolerance towards senior people is intolerance towards ourselves in the future. We do not want to accept the fact that we too one day will be part of the inevitable process of withering. We too will be one day physically deteriorated. Maybe not right away. But one day it will happen. And we cannot do anything about it. No surgery, no cosmetics and no yoga can put an ultimate barrier to it. There will always be a breach through which the oldness as a fluid will sneak and do its work. We may delay the process but we cannot stop it completely. One day the old age will knock at the door. You might hide but it won’t turn its back and go away. No, it will install itself and will make itself the owner of the house of your soul. So you better accept it. Once you accept it, you will feel more at ease. Also towards other people.

Our society is too obsessed with the idea of physical fitness. It is a latent form of exclusion. The totalitarianism of the body-positivity hammers our minds from the covers of magazines, Instagram posts and mainstream movies. Who needs it and why? Is there a politics of exclusion behind?

Ultimately, the underlying reason for being intolerable towards the older people is the existential fear of death. We do not know what is behind that line where life ends. We are not ready to think about it. Or perhaps we already experienced loss of beloved ones. Seniors are constant walking reminders to us of the fact that behind that line lies terra ingognita. Black hole. The unknown. Something we are very anxious about. The unknown becomes a monster that grows every day and sucks our positive attitude to life.

Some people start to fanatically sweat on daily basis  in order to delay the moment of meeting with the unknown. They become obsessed with running to the extent that it becomes a joyless routine, they force themselves to eat food that they actually hate, they refuse themselves little pleasures. Of course not all of us are like this but some are!

What about teenagers? They wear T-shirts with skeletons, demonstrate tattoos with crosses, buy rings with sculls…  All the attributes of death are exaggerated to mock the very idea of limits of our existence, to show to everybody that you are not scared of it. But if you are genuinely not scared of it, why would you need the others to validate it? Why would you need to prove it to somebody  at all if you are sure in yourself. Isn’t your position firm enough? Why do you need somebody else to persistently demonstrate it to? Even though hardly anybody would openly admit it, young people might also experience existential fear of death. It seems to be naturally coinciding with the process of finding your own identity. When you try to define yourself, manifest your “I” and establish limits of your inner world, you might also realize limits of the existence as such.

Here it would be nice to end with some banal morale about importance of educating young people to respect the age. But in fact, everything is much more complicated. Intolerance towards age also manifests itself another way. If younger people sometimes cannot cope with their own projection in the future, the older people might also experience difficulty in accepting the fact that they will be no more young again and experience irritation. Both of them suffer deep inside their souls. Both of them go through the existential grief. So alike, yet so different…

What is also often not sufficiently discussed is that young people (especially at the workplace) are often stigmatized as “green”, unexperienced, intellectually invalid, focused mainly on physical appearance etc. As in the case with unacceptance of the old age, feeling of irritation towards the young people is also rooted in our own insecurities. However that would be another story…