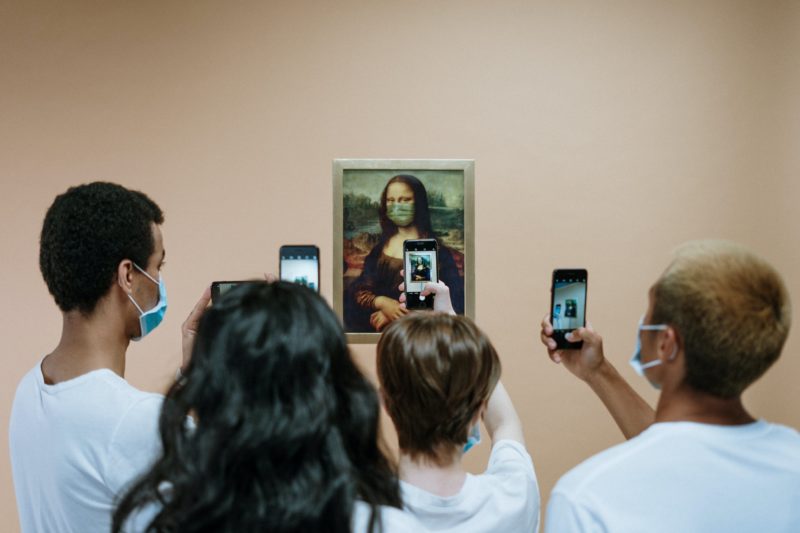 Are you feeling bored during these days of isolation? Are you tired of only watching Netflix? Do you miss going to a live concert? Don’t worry! Here at Lucify we’ve got you covered! We have prepared a selection of online cinema, museum tours and concerts to watch and enjoy from the comfort of your home.

While most of these platforms are free of charge, we encourage you to support artists and filmmakers in these difficult times through donations or subscription-based services.

– Festival Visions Du Réel: The 51st edition of the international film festival from Nyon will take place online from 17th April to 2nd May, entirely for free.

– Festival International de Films de Fribourg: From the 30th March until 19th April the FIFF offers an abridged version of the 2020 program with online screenings of selected films.

– International Documentary Film Festival Amsterdam: The world’s largest documentary film festival is giving viewers access to more than 300 films released between 1988 and 2019 on its website, free of charge.

– Brasilia International Film Festival: The 7th edition of this Brazilian film festival will be online and free of charge from 21st to 26th April.

– Feminist Cinema: Women Make Movies has launched a Virtual Film Festival to watch films directed by women at no cost until May 31st.

– Arab Cinema: Aflamuna is an online platform launched by Arab filmmakers and film institutions to bring all contemporary Arab cinema lovers in one place to stream their favorite films for free.
The Arab Fund for Arts and Culture (AFAC) is launching “Screens and Streams”, a wide selection of Arab independent films available online, for free.

– Environmental Cinema: Films for the Earth has prepared a selection of online environmental films to watch at home. Many of them can be streamed for free.

– Arthouse and classic films: The Swiss Trigon-Film foundation released the streaming platform Filmingo with a curated selection of arthouse films for streaming by subscription or individual rental.

– Jewish cinema: The Jewish Film Institute provides access to relevant, engaging and high-quality Jewish film and media online for audiences around the world.

– Independent and World cinema: At FilmDoo you can find free short films and features for rental from over 125 countries. FilmDoo also offers a large selection of LGBTQ films from around the world.

– Chilean cinema: You can enjoy Chilean films for free at Ondamedia. Most of its content can be seen only by users from Chile, but if you are outside of this country you will still be able to access part of its catalog.

– Peruvian cinema: A selection of 80 Peruvian films is available to watch for free at Cine Encuentro.

– Argentinean cinema: Cine.Ar is an online platform that allows users from all over the world to access a vast catalogue of Argentinean feature and short films.

– Georgian cinema: Georgian filmmakers share their feature and short films online for free to encourage you to stay home and flatten the COVID-19 curve.

Google Arts & Culture partnered with more than 2000 leading museums and galleries from all over the world to bring virtual tours and online exhibits to everyone. The collection includes many of the world’s biggest museums from all continents. You can wander the Musée d’Orsay in Paris and the Tokyo National Museum, explore the Museo Frida Kahlo in Mexico City or the Anne Frank House in Amsterdam. From Switzerland you can find the collection of Kunsthaus Zürich and Fondation Beyeler, among others.

If you are interested in street art, you can explore the stories behind street art across the world with audio-guided tours and online exhibitions, offered by the Google Cultural Institute.

– Opernhaus Zürich: Enjoy great opera and ballet productions at home and for free from the end of March to the beginning of June.

– One World, Together At Home: As the world unites to combat the spread of the coronavirus pandemic, Lady Gaga, Global Citizen foundation and the World Health Organization (WHO) have announced a global online concert in support of the fight against COVID-19. The event will be broadcast live on April 18th Lady Gaga will be joined by a lengthy list of musicians, including Elton John, Paul McCartney, Stevie Wonder, John Legend, Andrea Bocelli and Chris Martin, among others.

– Moods: Enjoy live concerts and support musicians with moods.digital. Subscribers to the platform benefit from more than 500 live recordings ranging from jazz, hip hop, world music and more styles that can be played anytime, anywhere.

– The Show Must Go On: Andrew Lloyd Webber, one of the most lauded musicals composers ever, will be streaming his musicals for free.

Facts on Gender Equality in Switzerland
4 years ago