Anna Butan 2 years ago No Comments 2 likes
Warning: A non-numeric value encountered in /customers/5/3/8/lucify.ch/httpd.www/wp-content/themes/cuckoo/single.php on line 59 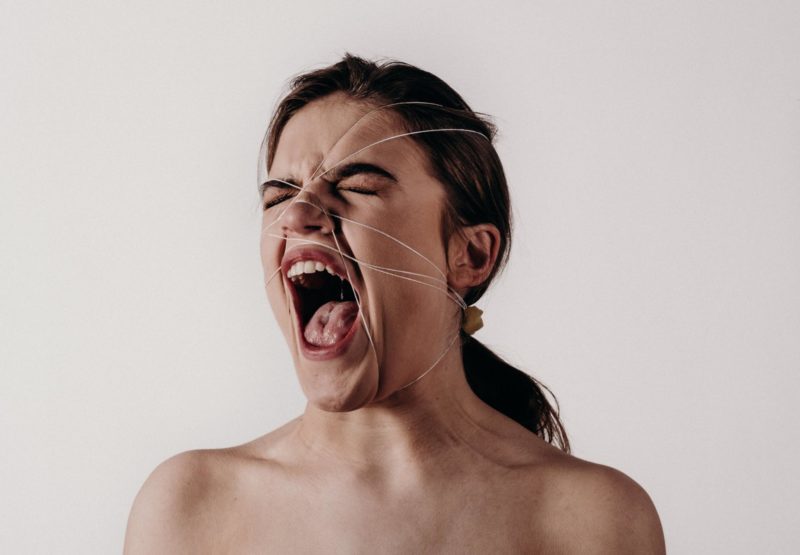 Oh, poor Lisa! Her known little world crawls down. Nothing functions anymore! All plans are blown in the air like one big soap-bubble. Her retreat on Bali is out of question. But everybody goes on Bali! Lisa feels herself as a total loser. Her newly bought pareo is covered with dust.  What should she post in her Instagram stories now?! But suddenly she has a revelation: it is trendy to post meditations! Everybody does it! They say, it helps to increase amount of likes. Finally relieved, she glances at her pareo. At least it was not bought for nothing. But meditation somehow doesn’t work for Lisa because she cannot find her wave, her peace of mind or whatever they call it. The only thought that hammers her mind at the moment is: when on Earth will they open again the shopping-malls?!

Little Laura feels miserable: they closed all the bars and nightclubs! Now nobody can see her in action in her newly bought branded dress that highlights her breasts so nicely! Nobody can appreciate how much effort she put in loosing weight! Nobody can offer her a free drink. It is all just so unbearable! The only thing left to Laura is to post hundreds and hundreds of pictures in a new dress and make videos of herself dancing for TikTok. This way at least some remote strangers can appreciate the struggles and sacrifices she went through to approach her ideal of a body: Kim Kardashian!

Dan and Julia lost their sleep since couple of weeks. No, they are not in a health risk-group. But their biggest concern is their financial health. Since two weeks their boutique are closed and supplies from Asia are out of question. The only solution is to transfer their business online but – oh, my God – there is enormous competition there! And what about materials? Where to produce them? Here on spot? To create new jobs for local people? But then they will have to pay salaries five-to-ten times more than to factory workers in Asia! In desperation Dan tries to turn his looks on his fashion-idols. Armani, Gucci, Prada… All of them reoriented their factories on production of masks and clothes for medical personnel. Really? This just cannot fit in Dan’s head that starts to steam like an old broken iron. He needs something to release his anxiety. And so he starts drinking alcohol. Some other day he would go to the movies. But all the cinemas are closed! Also Julia takes the bottle more and more often. What else is left?

Sandra cannot understand why all of them praise the idea of home-office? This thing is obviously overrated! She misses her cosy coffe-breaks – “z’nüni” and “z’vieri” with her female colleagues – when they could sneak in the nearby coffee-room and chat like three chirping birds. Now she has to drink coffee with her family members and the only way she can gossip with her ladies friends is either per Skype or per WatsApp. Home-office is half of the misery. Her baby-sitter is sick, so she has to take care of her kids all on her own! Sandra tells herself that she is strong. She can make it trough this uneasy period. But deep inside…she misses her office on Monbijou!

Restaurants and food-courts are closed, so poor Alex has no more ideas for his food-blog. Ordering home-delivery makes no sense: the very idea of his blog was to advise new interesting venues for foodies! All that is left is to try some home-cooking but Alex fails this challenge. Couple of times he tried to improvise with items bought at the farmers’ but it just felt differently. He is not used to it. Farmer’s fusion?! Alex is totally frustrated. If it continues like this, he will seriously have to consider finding a fixed job. But the very thought about such an option makes him sweat because Alex has neither education, nor experience. He is now 20. Just 20 or only 20? Some of his former class-mates tried to use quarantine for doing online courses. Seriously? Alex tries to imagine how much time and effort it will require from him and feels paralysed with some sort of irrational fear. So to somehow dull this sense of anxiety he turns his head to old beloved PlayStation. He plays days and nights and days again until he has violet pockets under his eyes. Finally, Alex feels himself safe in his imaginary little world. He feels himself again 14. He doesn’t care about tomorrow anymore.

And only Michael feels happy. He started to date with Sonja. To his luck all the bars, coffee-houses, shopping malls and cinemas are closed. And that means for Michael that this time his new girlfriend will cost him much less than the previous one! Never before dating was so enjoyable! But Sonja seems not to be happy with the situation at all. Furiously she sends Michael links to online jewelry-shops: he should not imagine that she is a cheap-date who will just give herself to him for free as a present.

Yes, it is not easy for a lot of us these days…

Dear electricians, drivers, cashiers, pharmacists, post-workers and nurses: all hopes are on you! For a very moderate salary you expose yourself at risk every day so that poor people like Lisa, Laura, Dan, Julia, Sandra, Alex and Sonja could get through the period of the darkest depression!

Covid-19: How working from home fathers are juggling work & children
2 years ago