Miss Amrita 3 years ago No Comments 1 like
Warning: A non-numeric value encountered in /customers/5/3/8/lucify.ch/httpd.www/wp-content/themes/cuckoo/single.php on line 59 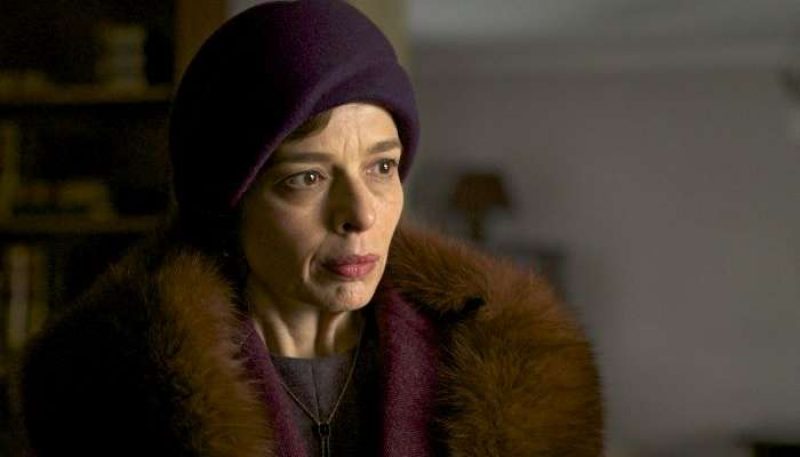 Every now and then, some strong lights such as docufiction drama The Diary of Diana B shine through the somber sky of Croatian fiction cinematography, and somehow sweep the competition. Maybe this is good, maybe it’s a shame because it’s too rare, maybe we are slowly moving to a world where truth and love will be the forces which really connect people and bring them together in peace. However, the necessity of such a piece of art is so obvious; so much time, energy and work was needed to craft and show this educational, but at the same time terrifying representation of what one human being can do to another.

The Diary of Diana B follows the idea, initiative and character of Diana Budisavljević, a Catholic wife of an Orthodox physician, during the Second World War and Nazi occupation on the territory of ex-Yugoslavia. The movie plot is lifted from Diana B’s diary, written from ’41 do ’45. Diana had realized that the extermination of Jewish women and children (who were already helped by a similar organization that could not protect anyone else besides the Jews) was paralleled with a massive extermination of Orthodox children and women by the hands of extreme right-wing political parties of that time (locally known as Ustaše); she decided to protect Orthodox victims of the war. She goes from door by door in an effort to make her idea into a legit organization, started collecting food and goods and write down the names of the missing children. Her Foundation never went through the red tape which did not prevent the bold Diana in her intentions.

The balanced documentary and fiction parts, interwoven with victim interviews made mostly in BW technique deliver that foggy, somber atmosphere of the times and events that have taken place more than seventy years ago. The original score consists of sharp sounds and slower and contemplative string music; it accents the already uncertain atmosphere of Ustaša occupation of their own country under Nazis who occupied a broader area. In an informal chat, a university professor of history commented on the film saying that it has a great value for younger and middle-aged generations, so they can easily understand exactly how things were at that time.

However, many people (of ex-Yugoslavia) these intense feelings still linger. Some of them, such as the victims interviewed in the film, continued their lives trying to forgive their torturers. At the same time, others kept insisting on their uniqueness, separation, even their own superiority, even convincing themselves that ‘removing’ the ones which are somehow different is (supreme) patriotism and that it should be honored and glorified. This film contains original footage from Ustaša concentration camp in Stara Gradiška from the forties where we can see the horrors that the children were exposed there. Four survivors are coming back to the locations where they were detained (Gradiška and Lobor-grad) and start recalling their memories. Today, they are very old and their pain is neither dramatic, nor miserable; it is accepted, but never forgotten. As one of them sadly concluded ‘It’s rough when a man approaches a man and chooses the way how to kill him.’, the only reaction a merciful person can have is to stay silent while deeply feeling the inflicted pain and just keep wondering why?

Not even the communist system which was introduced in those areas after the war did not appreciate or preserve the missing children files and the entire humanitarian work of Diana B. She was again swallowed by the rage of ‘grand’, unscrupulous system. So it seemed that Diana B was saving tens of thousands of children just for kicks; instead it was a painstaking endeavor – before this movie came out, most Croatians never even heard of her or knew anything about her, although she might have saved some of their ancestors.

For some of the audience this political impartiality might be the most mind blowing aspect of the movie. The director’s obvious strong anti-fascist message is clear, but precisely that mildness makes the atmosphere of the movie quite raw and therefore even more valuable in a historic, artistic, and human way. The author of this film has put her own powerful stamp on the film – Budisavljević masterly left so much space to the audience to see, feel, evaluate and draw conclusion on their own. This is the Dana Budisavljević´s first feature length movie; she and her collaborators had researched and worked since 2010 on the film. So far she has directed, produced and edited several short award-winning documentaries.
A film that deals with a war that raged in our country, without being overtly or more subtly not (mis)used by any political or religious group is quite rare in Croatian cinematography, especially when it comes to such a sensitive topic, such as torture and killing of children and people in concentration camps.

If a system exists only for the sole purpose of existing, it is not appropriate for humans, regardless of its political orientation. This very separation of people on the left and right, Orthodox, Catholic, Jewish or Gipsy, and the insurmountable gap causes pain in every person who feels that all people should be loved and that all children deserve to be happy. That is the brightest part of this film, Diana B’s (portrayed by the notable Croatian actress Alma Prica) unstoppable desire to help, with her efforts and love for the children and women.

Really the best pieces of art are the ones appreciated by fama scientiae and fama populi, and this one pleased them both. The Diary of Diana B had its world premiere at 66th Pula Film Festival, and director Dana Budisavljević won Golden Arena for best film directing. Dana Budisavljević is the third female film director ever awarded in this category in Pula. Before Dana, Yugoslavian filmmaker Soja Jovanović in 1957 was awarded the same prize, for ‘Priests Ćira and Spira’ and Hana Jušić in 2017 for ‘Quit Staring at My Plate’.
Maybe a new era in Croatian film industry has finally dawned? The era of female film directors, with their own peculiar topics and a specific approach; the era of various concepts as combinations and amalgams of genres and forms that can be seen more often among young and middle-aged filmmakers. The Diary of Diana B is also took the awards for Best Croatian Feature Film, Golden Arena for Editing (by Marko Ferković) and Golden Arena for Best Music (by brothers Alen and Nenad Sinkauz), as well as it has been awarded the Golden Gate of Pula Award by the audience, with very high final grade, 4.90.