Miss Amrita 4 years ago No Comments 2 likes
Warning: A non-numeric value encountered in /customers/5/3/8/lucify.ch/httpd.www/wp-content/themes/cuckoo/single.php on line 59 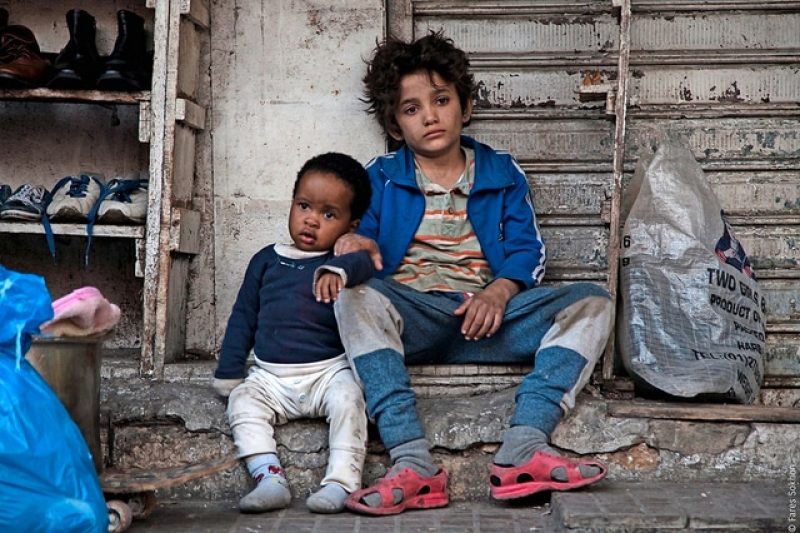 I want to accuse my parents for bringing me into the world.
Zain

The ancient City of Capernaum is mentioned many times in the Gospels and according to the Book of Matthew, Jesus condemned it to hell. The word capernaum is sometimes used as a synonym for chaos. Although this film takes place in today’s loud and chaotic Beirut, where people endlessly run around looking for a job or some food; we soon realise the hell and misery that the inhabitants, especially children who are the main characters in this movie, go through in their young lives.

The sensitive and thoughtful Zain (Zain Al Rafeea, a Syrian refugee, living in Lebanon for eight years) is born into a family where children are considered staff who are bringing money to the household. As soon as they are able to walk and talk, they are working – selling fruit juices on a street. The sweet boy is aware of the situation happening around him, although he is (he isn’t sure about his exact age) only twelve years old, but looks much younger. It’s never clearly stated how many children his parents actually have, and even Zain when once asked how many brothers and sisters he has, simply answered ‘many’. Children in his family are also considered goods, so his eleven-year old sister Saher (Haita ‘Cedra’ Izzam), when their parents (Kawsar Al Haddad as Souad, mother and Fadi Yousef as Selim, father) realised she “became a woman”, more precisely, got her first period, was subsequently sold to a local store owner as his maid. Zain knew that will happen and tried to prevent it or at least to postpone it as much as possible; unfortunately, their parents´ decision was final. The question imposes itself whether those two people really are parents to that children or not. Biologically they are, but all what comes after? Because those children’s lives are filled with horrors and struggle. In the most important years of growth and development those kids neither enjoyed their childhood nor experienced any bonding with the parents and positive aspects of living in a family, even for a moment.

So, little Zain ran away from his noisy household and soon came across another community, a much smaller and calmer one but also incredibly poor and unstable. He joined a black single mother Rahil (Yordanos Shiferaw) with forged documents, and her son Yonas (Boluwatife Treasure Bankole) as their associated family member. He is at the same time a son to the tender Rahil and a caretaker for the toddler Yonas while she is earning money for all of them. Living as an illegal resident in Lebanon, Rahil soon ended up imprisoned, so Zain and Yonas are left alone. Zain, doesn’t understand where she is, but starts taking care for himself and Yonas. This is depicted in the scenes when these little boys wander around a hectic market while Yonas rides in a battered pot on a stolen skateboard; as well as at home when Zain feeds him with ice cubes sprinkled with sugar that are so painful to watch. But there is a dose of subtle humor in some scenes as well. That humour of life, of simply surviving and the beautifully shown innocence of a child; this wretchedness with a dose of whimsiness mixed with the sweetness of children, once again is combined in a marvelous piece of art directed by Labaki. She often deals with problematic aspects of society, but this is the film with the most pronounced social issues by Labaki so far; full of real pictures about humanity, a certain rawness, and with a profound messages about the human relationships and the pitfalls of modern society.

Labaki has been walking alone for two years around Beirut slums and she has shown her adventures in the film.

In his brief but intensive life, Zain has already lived through atrocities that an average person can’t even imagine. After so many heartbreaking adventures, he returned home to obtain his papers so that he can emigrate to Sweden, and realised that Saher had died. In the rage and resentment Zain committed a crime against a shopkeeper that he was sentenced to 5 years of prison at the age of twelve. While still being in jail, he sued his parents for neglect and the lack of care. The film begins here, in medias res, with a trial scene, and in the flashback the viewer finds out about the events that chronologically preceded the opening scene. Elias Khoury, a retired jurist from Lebanon, played the judge in the film. At the trial, the ceremoniousness of the legal system in Lebanon was emphasized, while everything that happens out of the courtroom is completely opposite to it. The life on streets doesn’t protect people but destroys them systematically, forcing them to focus only on their material existence. A proper dose of irony by showing a legal system ineffective in the real world was enough to intensify the feeling of despair. But sweet Zain with his magical smile and a heart bigger than the world remains a brave hero of this elaborate story.

The wonderful cinematography by Christopher Aoun is very precise, showcasing all the emotional states of the little Zain, who, like all the kids in the movie, excelled at portraying their characters. The agonising reality of today’s Beirut, the pittoresque souks (marketplaces in Arab countries) and the architecture of today’s Lebanon unravel in front of us. Labaki has been walking alone for two years around Beirut slums and she has shown her adventures in the film. Being an actress herself, Labaki appears in the role of Zain’s lawyer after he sued his parents for neglecting him and having him in the first place. The original score made by Labaki’s husband and long time collaborator Khaled Mouzanar (he is also one of the producers of the movie) provides a strong emotional guidance to a viewer and rounds off nicely the sentimentality in the film. Among various nominations and awards, Capernaum won the Jury Prize at Cannes film festival 2018, and Labaki was awarded The Prize from Ecumenical Jury. This is the second Lebanese nomination for the foreign language Oscar, after a marvelous The Insult in 2017, directed by Ziad Doueiri.

The film conveys a strong message – do not bring children into this world if you are not mentally, socially and physically prepared for this lifelong experience and if you are not able to provide for them financially, but also give them everything so that they can become mature individuals. Cruel behavior and dreadful conditions make the children hate their parents; the children’s world becomes bleak, their hopes are lost and their dreams vanish. Labaki’s aim was to show the reality in fictional movie, without any uplifting elements – the film is partially conceived as a documentary. However, the director carefully balanced different other aspects of the movie – melodramatic elements are blended with fairy-tale moments. All of this makes Labaki one of the most important filmmakers of today. Moreover, the positivity, persistence and immediacy of Zain´s character gives us hope and comfort that evil will not last forever and (what’s most important) that all the children will enjoy their joyful childhood.