Kanchana Chandran 3 years ago No Comments 0 likes
Warning: A non-numeric value encountered in /customers/5/3/8/lucify.ch/httpd.www/wp-content/themes/cuckoo/single.php on line 59 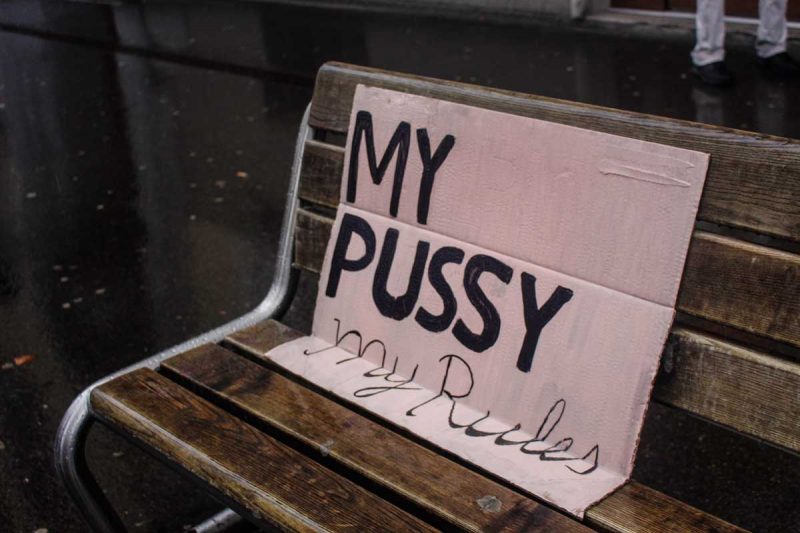 It is uplifting to see that the women’s movement is becoming more and more intersectional with time, targeting all different forms of oppression and exploitation. It’s a movement that brings together women* and queer people of color, low-income women, single parents and sex workers, alongside feminists and workers from the Global South. Women’s strikes are a global phenomenon: Recent years have seen strikes taking place in Argentina, Poland, Spain and the United States, for example. This year, Switzerland will be joining the ranks with a nationwide women’s strike on June 14th. This date was chosen in honour of the first-ever Swiss women’s strike, which took place on June 14th, 1991.

The energy and enthusiasm leading up to the 2019 strike were palpable over the past weekend, during a number of demonstrations and events surrounding International Women’s Day, March 8.

In Zurich, the Women’s Strike Collective used this opportunity to express solidarity with internationalist, feminist strikes on the occasion of Women’s Day. Local university groups launched a Feminist Action Week; the city’s high schools participated as well, organizing a series of events on the topic of “education without sexism. Several experts from different fields spoke about the major issues and questions surrounding gender equality and sexism. One group occupied a lecture hall at the University of Zurich as a FTIQ* space (a German acronym for Women”, Trans, Inter, Queer), to address the ongoing issue of gendered oppression in academia. Their aim was to create a safe space for FTIQ* persons at the university, in which they could choose

“We are born to be free, and we will fight until all are free!” exclaimed the FIST women on March 8th during a demonstration.

FIST is a gathering of feminist, internationalist women, whose stated goals include fighting against structural violence and taking part in the worldwide feminist movement.

“We are all in the same boat. We want to be heard. We want to change politics, work, and the economy and put life at the center. We came to tackle the system at the root. Oppression makes us invisible. At the same time it connects us through collective experience. We’re reforming the very stuff that oppresses us into the stuff of liberation.”

This was the group’s call to action as they walked with and under a colored blanket to show their solidarity with the worldwide feminist movement.

“We’re bringing feminists together, because this day has shown how necessary our movement is.”

“Today, more than a thousand people in Zurich have come together in solidarity. We are the Zurich collective for the feminist strike/women’s strike on June 14, 2019 and beyond. We are bringing feminists together, because today has shown how necessary our movement is,” the organizers said in their press release.

In this video, Juliet Manning documents the women’s demonstration on Saturday, March 9th 2019.