Kanchana Chandran 3 years ago No Comments 2 likes
Warning: A non-numeric value encountered in /customers/5/3/8/lucify.ch/httpd.www/wp-content/themes/cuckoo/single.php on line 59 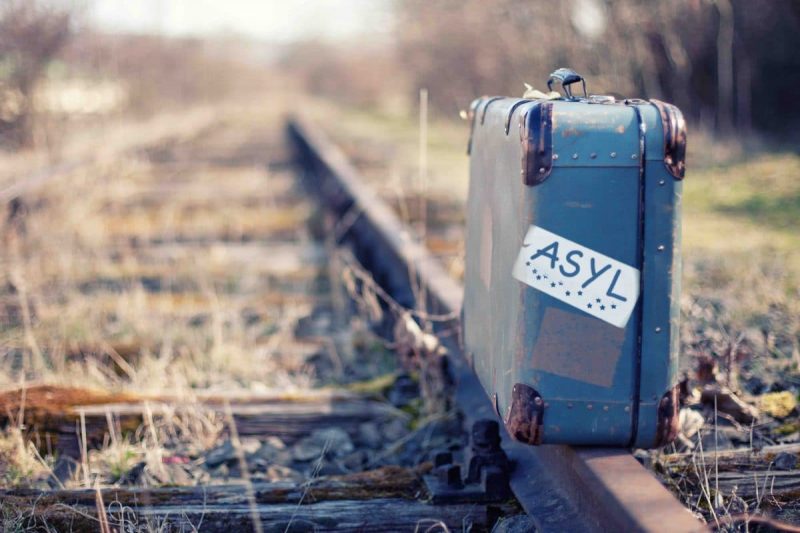 “I have nothing” doesn’t mean “I am nothing”!
This is the reality when we talk about refugee women and the concept of identity.

These days, when we talk about identity, we’re often referring to the identity of men, women and trans persons on the basis of gender and sexual orientation.

But what about when we talk about the identity of refugee women?
How does a displaced woman identify herself? Is she first and foremost a woman because of her gender, or a refugee because of her legal situation?

It feels easy to throw around the label of “refugee women” when referring to women who have left their countries because of war or other political reasons. But understanding the identity of displaced women it is not as easy as we might imagine.

Because for any uprooted person, every new situation or context can profoundly transform her identity, self-perception, and emotional well-being. Uprooted women, in particular, face distinct challenges that affect their identity.

From the moment they are forced to leave their familiar environment, refugee women are in a constant process of transformation; they become stateless, homeless, nameless and powerless.

One of the biggest challenges for refugee women is that they are often treated by authorities and institutions as blank slates – as though they had no education, no vocation, no life before their escape. In reality, these women are much more than that: their past and their life experiences influence their identities every day.

But a woman who leaves her country doesn’t have to be treated only as a victim or an uprooted person. Because forced migration puts the whole idea of “home” into question, and deconstructs the related assumptions, such as: “home is a safe place, the place where women belong”. It’s often women in particular, adhering to traditional ideas of belonging in the home, who feel stateless and homeless when they become refugees.

But in the course of their flight, displaced women also can use their new situation as an opportunity for emancipation and self-assertion. During the resettlement process, displaced women often try to recreate the familiar and protected environment of their lost home, for example via culture, food, music, etc.

“Identity is the name we give the different ways we are positioned by, and position ourselves within the narrative of the past” (Stuart Hall, Racism and cultural identity, 1994). The past experiences of refugee women are diverse, confusing, disturbing, and painful, affecting their identity deeply.

For them, the past is also the present, as they frequently revisit their trauma, not only as a memory, but as a current state. The body of a displaced woman has its own memories and “speaks” its own psychosomatic language, especially if she has experienced unspeakable trauma, such as sexual violence.

Such profound attacks from the past into the present lead us to a question: When does a woman become a refugee? and invites us to reconsider our the definition of a refugee woman.

During the process of recovering their own identity, a displaced woman must constantly oscillate between victimisation and resistance, past and present, speech and speechlessness. She is faced with accepting the challenge of her situation while also viewing it as an opportunity.

The emotional disparity between “here” and “there” prevents her from integrating in her host culture, influences her sense of self, and interrupts her identity. Her refugee status in the host country reinforces her voicelessness through language barriers, racism, discrimination, isolation, and the fear of deportation.

Refugee women construct their identity through their historical and personal contexts, past identities, national and transnational law systems, citizenship and social & cultural environments, all of which are shaped by gender expectations. Gender is just one aspect of our identity, especially in times of economic, environmental or political upheaval.

Therefore it is better to understand refugee women not as helpless victims but as people who have been victimized, as actors in their own lives, who are resilient and who take the risks necessary to change the situations they are in. Because we don`t know “when the journey of a refugee woman begins nor when it ends!”

Tramontana and its A-temporel
4 years ago

Refugee Story Series, No. 01
3 years ago