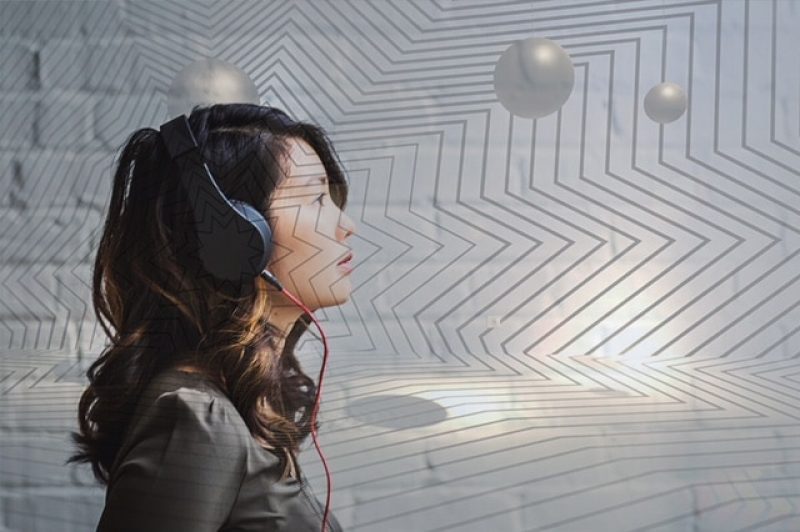 At the beginning of the year, I visited the exhibition “Sound of Silence” in the Museum of Communication in Bern. It is the first time that I attended the exhibition where visitors were guided not by visual cues (as in any traditional museum) but through the sound originated in the headsets. It was also the first time when I realized that the museum made an attempt to spotlight an intangible phenomenon instead of typically exposing a material object in the vitrine. Silence. So, what is it?

Silence is often defined through the absence of something, through the negativity: lack of sound, opposite to communication. In fact, it can be as powerful as words and carry variety of meanings.

Presenters on the radio or television frequently make micro-pauses after each 3-4 words. We might not notice it but in fact professional presenters are purposefully taught to do so. Why would they do it? First of all, they give us a chance to digest the information. Secondly, pauses separate different blocks of meanings.

Silence can be multidimensional. There are also thousands of ways to interpret it. Moreover, not all the cultures see silence as something negative.

“Speech is silver but silence is gold” – says a proverb. Remarkably, in most of the Chekhov’s theatre plays, people who talk too much appear to be negative characters, filling the acoustic space with banalities, nonsense or irrelevant phrases.  In opposite, characters that have profound inner life do not talk much or when they do, they often have pauses. How does a famous playwrighter want us to interpret those pauses?

In Chekhov’s plays its mostly silent turns that produce micro-earthquakes in the souls of heroes. In “Cherry Orchad” pauses happen often due to the overwhelming feelings and profound worries while in “Three Sisters” they are often filled with music and tend to appear after the most powerful and meaningful statements. Pauses or silences move music as much they move the speech: you can enjoy music because of its contrast with silence. It is born out of silence and it ends with silence. So is the speech.

The pauses in Chekhov’s play are so essential that Stanislavsky even doubled their amount in his staging. Pauses, whatever painful they seem, move in his plays the scenic action.

Micro-moments of silence in Chekhov’s plays also reveal problematics of human communication. Later, the drama of absurd took this idea one step further and elevated to the level where protagonists mainly exist in silence and dialogues interrupt it only sporadically.

But what do the lessons from Chekhov teach us? How do they illuminate our reality of today? I believe that Chekhov could reveal what is behind the silence of all those people who are unsure of themselves, drawn in grief or depression, have their will oppressed or have no inner motivation to elevate beyond the routine, to stand up for themselves.

So, next time you realize that the person you talk to prefers to silence some topics, try to remember Chekhov and think what is behind all these pauses? To add to discussion, pauses and silencing some issues can be very political. This is however another story. Perhaps, “9.SonHor Festival” together with the exhibition “Sound of Silence” in the Museum of Communication in Bern can pour a light on it…

SonOhr Festival
From the 22nd to the 24th of February, “SonOhr Radio and Podcast Festival” will happen in Bern for the 9th time. The program of the festival includes, among other events, a panel discussion called “Intimacy and the Swiss – How to get them to talk?” (23. February at 21.30 in Cinema “Rex”).

ID and CV
2 years ago