Miss Amrita 3 years ago No Comments 2 likes
Warning: A non-numeric value encountered in /customers/5/3/8/lucify.ch/httpd.www/wp-content/themes/cuckoo/single.php on line 59 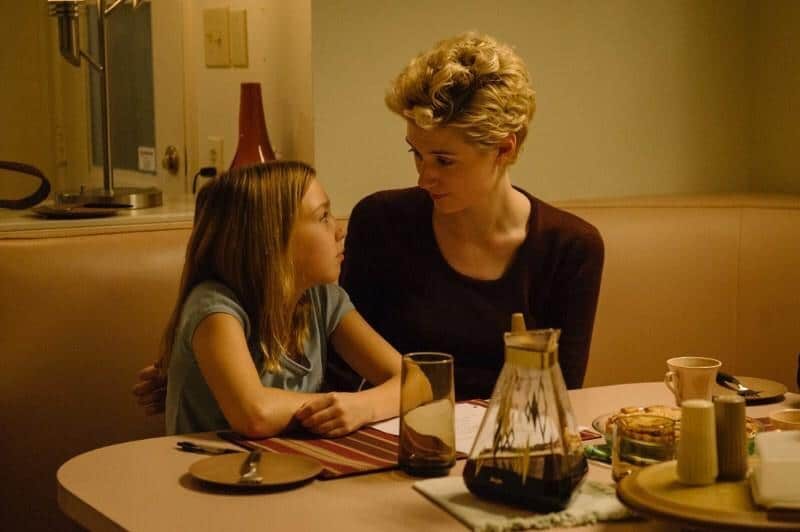 “The unknown is not unknowable, and is vastly greater than the known.”
Sir John Templeton

The Tale is a feature film by the award-winning documentary filmmaker Jennifer Fox, based on actual events – uncovering a childhood incident. In fact, it’s a mystery full of deceitfulness, overcoming the disturbed adolescence and about maturing from a girl to a woman. The film deals with different ‘versions’ of truth and how the strong unconscious mechanisms of suppressing the painful memories from youth notably shape someone´s future and can protect us in a way. But still, everything will eventually rise to the surface.

Laura Dern is the queen in the kingdom of The Tale. She marvelously approached the role of Jennifer Fox with ease and experience appropriate for this demanding, but liberating role. After all we have seen so far, the distressed Jennifer is kind of continuation of her life achievement as an actress – she is a gifted magician among the myriad of her characters immersed in the world of sexuality. The consequences of the horrors Jennifer experienced are exposed through particular character traits as her lashing out and having bad temper.

With the help of editing, various flashbacks, transitioning from fictitious to real-life events and vice-versa, the author realistically interprets the chaotic state in Jennifer and the atmosphere around her, as she was more and more investigating what had happened. Further, a cautious approach to delicate topics and immensely raw emotions come from the fact that it’s based on the director’s own experience. The frequent and rapid switches between the events ‘seen through the eyes of a child’ to an adult’s point of view are remarkably done. The denial and suppression are most visible when’young’ Jennifer (15, Jessica Sarah Flaum) is replaced with an even younger version (13, Isabelle Nélisse) as she dives deeper into her painful memories. Furthermore, Jennifer´s inability to cope with the trauma transforms her perception of herself into a milder version – she shaped her experience of being raped into a ‘relationship’ with Bill. All that makes this movie so fascinating, mind blowing and repulsive, especially for women.

One of the most intriguing characters from her memories is definitely the charismatic young riding instructor Mrs. G (Elisabeth Debicki; the older Mrs. G is played by Frances Conroy), and her exotic relationship with Bill (Jason Ritter). Coach Bill is the biggest possible sleazebag and the two of them form a bizarre and incompatible, but in a way also ingenious, couple. Jennifer’s parents both did not devote enough attention to Jennifer, and their marriage was not an abundant source of love and happiness in the most sensitive phase of her young life, so she searched around for some ‘extra’ emotional support. Also, the cunning and soft-spoken Bill found himself at the right place at a right time. Her mother (young Laura Allen, older Ellen Burstyn) found out from her grandmother that ‘the relationship’ with Bill was actually going on but she didn’t react. The essay she unexpectedly found and her guilty consciousness after so many years made her propel her daughter to disentangle memories hidden in the past.

While Jennifer and her partner Martin (Common) are having sex in the present, the suppressed thoughts are gushing out image by image from her sub-consciousness. Martin feels she is disturbed and somehow not present, but she is not able to verbalize what is actually going on in her mind. In this way, a picture of the profound influence of a sexual intercourse on a human being and it’s mental health is painted. Moreover, it is one of the active methods for resolving both personal difficulties and relationship gaps. Martin’s support is most needed in such a tough situation, and that’s a great virtue of his character. His backing and patience give Jennifer strength to dig further through memories and facts available at present. In the most painful moments, even he disgusts her and she doesn’t want to be in his presence. In addition, he is (also visibly) younger than her. Here we come to another important topic presented in the film – a woman misused and raped by an older man in her childhood chooses a younger man for her life partner later on. Moreover, after that (according to her mother’s words) she became promiscuous and developed strong antagonism towards marriage and having children. That was the only way at that time that she could handle the horrors she has gone through.

You could easily draw a parallel with Tom Ford’s ‘Nocturnal Animals’ from 2016; there are multiple recollections, reconstructing and reading. Moreover, it’s about discovering the rape (which is intertwined in the plot), and how to continue living in the face of tragedy and humiliation. Furthermore, a combination of good actors was cast in both movies. At the end of The Tale, John Heard appears as older Bill, which was one of his last roles, since he passed away in 2017. While both movies are disturbing, Nocturnal Animals is considerably tenser and visually impressive, whereas The Tale has more psychological depth since it’s a personal story (Nocturnal Animals is based on a novel) and generally it’s a much more positive, educational and inspiring piece of art. Also, a genius twist in The Tale is when the cute Jennifer (at 13, played by Isabelle Nélisse) boldly but unpretentiously comes to the conclusion that ‘I’m the hero of this story, not the victim. They fell apart, I didn’t.’

It is a movie where (almost without any explicit scenes) terrible violence, manipulation, systematic torturing and a life-long trauma is shown. All that wrapped in the mist of Mrs. G’s perverted ideas, Bill’s sweet talk and Jennifer’s naivety. Step by step, a small omission, at the beginning barely noticeable with very ‘skilful’ participants has become enormous and caused a huge damage. The only thing which is possible to change in the aftermath is how a particular person will react to the events and how willing they are to face the consequences. Being so thankful to director Fox since she gathered forces to share her frightening story, we regard the The Tale as a spark that ignited the unraveling of a scheme and we consider it a great encouragement for many women to start digging through their buried memories.

On Silence and Lessons of Chekhov
3 years ago

Haenyeo: The inspiring female divers of South Korea
3 years ago